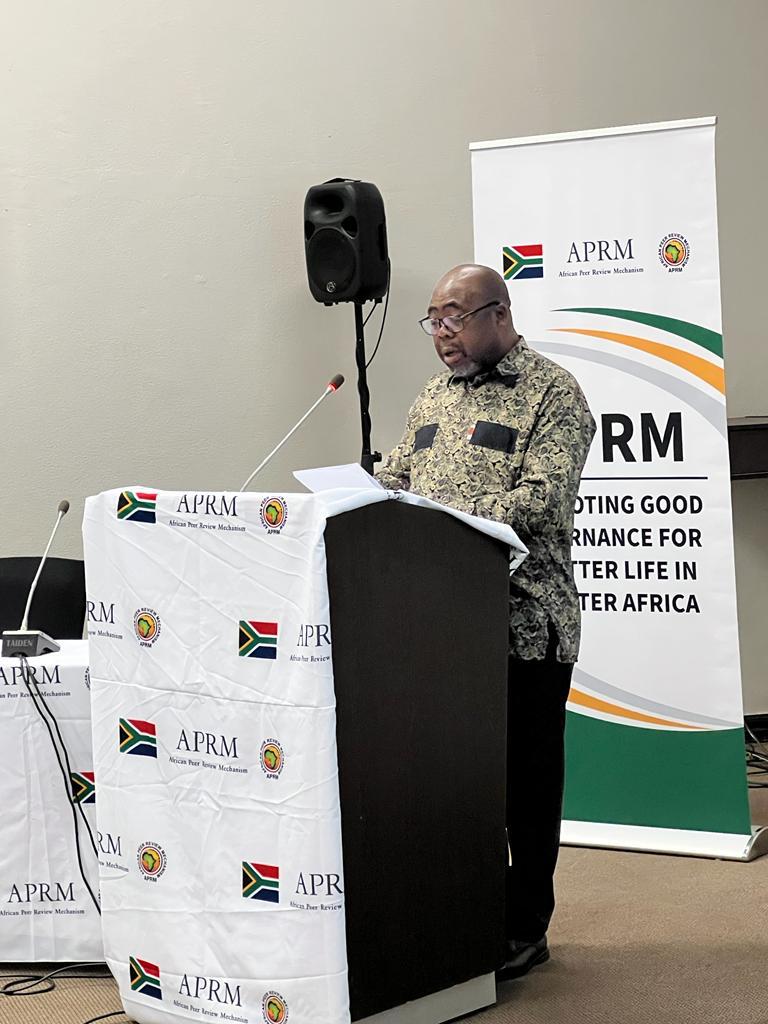 Speaking at the APRM’s National Governing Council strategic planning session recently, Minister Nxesi said the recommendations of the APR Panel of Eminent Persons falls within the ambit of what South Africa’s Medium Term Strategic Framework is already entrusted with.

He expressed government’s gratitude to the Country Review Mission for the professional manner in which they conducted South Africa’s 2nd Generation Country Review; the APRM Continental Secretariat for their technical support and coordination with the National APRM Structures through the deployment of the Country Coordinator for South Africa.

December 2021, signalled South Africa’s renewal of its commitment to the ideals of the African Peer Review Mechanism (APRM), thus continuing to open itself to the process of peer review, learning and sharing best practices with its counterparts.

“South Africa consequently welcomed the 2nd Generation Country Review Report (CRR),” the Minister said, adding that the country remains committed to its journey of continual improvement by building on the baseline set out in the Country’s Self-Assessment Report (CSAR) of 2006 and the Base Review Report of 2007, and to align implementation of the recommendations within its key planning and development frameworks.

“This will help in building complementarity with other laws and policies implemented by the government when reporting in terms of other planning and development frameworks and thus reflect the interrelatedness of South Africa’s progress reports in response to continental and international obligations.

“It specifically alludes to South Africa’s adoption of the ‘African Agenda’ with a dual focus on strengthening institutional frameworks that support the renewal process and developing this policy agenda through the instruments such as the New Partnership for Africa’s Development (NEPAD) and the APRM,” he said.

This he said, indicates that the observations and findings of the Country Review Mission (CRM) largely align with what the CSAR had highlighted.

In February earlier this year, at the conclusion of South Africa’s Chairship of the APR Forum of Heads of State and Government, President Cyril Ramaphosa said: “I wish to reaffirm South African’s commitment to the APRM and its mission which contributes to improving governance of our beautiful continent and its people.”

The APRM was initiated in 2002, but was established in 2003 by the African Union (AU) in the framework of the implementation of the New Partnership for Africa’s Development (NEPAD).

The APRM is a specialised agency of the AU and it serves as a platform or a tool to share experiences and reinforcing best practices towards political stability, accelerated economic growth and regional and continental integration as well as sustainable development.

Member countries within the APRM undertake self-monitoring in all aspects of their governance and socio-economic development.

The AU stakeholders participate in the self-assessment of all branches of government – executive, legislative and judicial as well as the private sector, civil society and the media.

The Public Servant News Team - Modified date: November 25, 2022
0
The Department of Public Service and Administration has issued Determination and Directive aimed at providing norms and standards to implement the revised Public Service...

Prescripts governing the appointment and remuneration of Special Advisors for Executive...