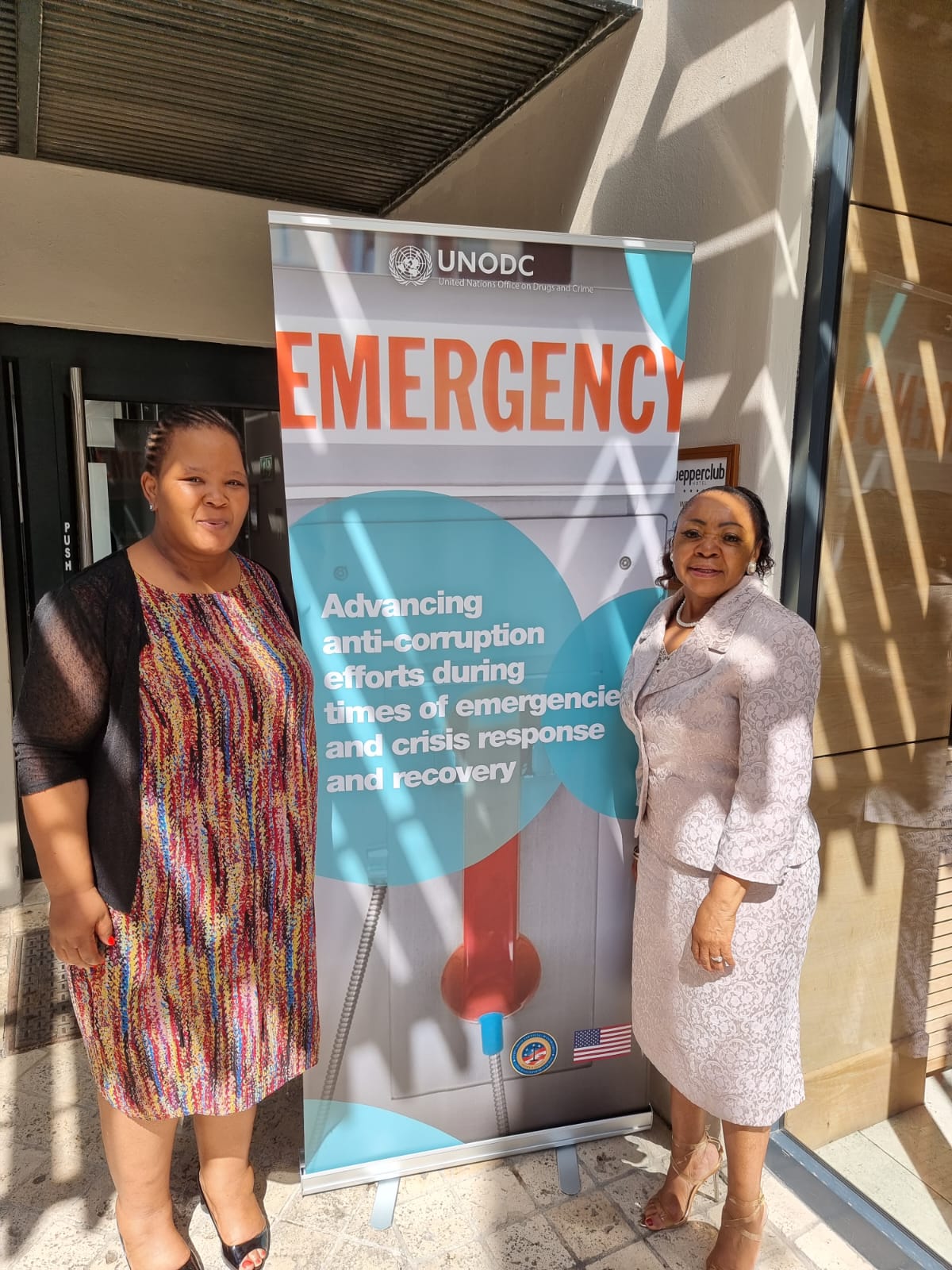 Public Service and Administration Deputy Minister, Dr Chana Pilane-Majake, has challenged governments to encourage whistle-blowing as one of the most effective tactics of bringing all forms of wrongdoing to light.

Dr Pilane-Majake was speaking during her welcoming remarks at the opening of the three- day Regional Workshop on Transforming Societies Through Anti- Corruption Innovation in Public Procurement and Whistle-blower Protection in Cape Town on Monday.

The workshop organised by the United Nations Office on Drugs and Crime (UNODC) currently underway from 7 to 10 February 2022 hosted under the auspices of the project on fast-tracking the implementation of the United Nations Convention against Corruption (UNCAC). The workshop is attended by eight Southern African countries – South Africa, Angola, Zimbabwe, Zambia, Namibia, Botswana, Mozambique and Malawi who are  receiving technical assistance from the UNODC under the programme: “Fast-Tracking the Implementation of the UNCAC in Southern Africa.”

The workshop is premised on the objective to build and foster partnerships through the creation of regional platforms to fast-track the UNCAC Implementation by leveraging regional capacities and knowledge to identify achievable and practical reform priorities in support of Sustainable Development Goal 16.  The regional platform for Southern Africa was launched in October 2019 in Livingstone, Zambia. Whistle-blower protection and Public Procurement are among the four thematic areas that were identified as regional priorities.

Deputy Minister Pilane-Majake said the issue of whistle-blower protection is central to the fight against corruption and not only highlighted through different legislation in South Africa, but also as a requirement under the United Nations Convention against Corruption (UNCAC).

She added that strategic documents like the National Development Plan (NDP) and National Anti-Corruption Strategy highlight the importance of reporting wrong-doing as soon as one becomes aware of it.

The Deputy Minister said the workshop is about innovative solutions and at the end of the workshop, member countries should have practical measures that will have impact in the prevention of corruption in procurement and make whistle-blowers not to think twice before they can report corruption.

The Workshop’s first two days will be dedicated to exploring the thematic area of whistle-blower protection, and the two days thereafter will focus on efforts to strengthen anti-corruption measures in public procurement.

“I am hopeful that through this workshop innovative measures of dealing with corruption will be shared to enhance the fight against corruption in Southern Africa and globally.

“Practical measures must be put in place towards prevention of corruption especially in procurement. These measures will encourage whistle-blowers to report corruption without blinking,” Dr Pilane-Majake said.

According to the Deputy Minister, giving people with questionable integrity the responsibility to follow the right procedure in implementing policies, is as good as running governments without policies.

She further said the use of technology to help in reporting corruption, protecting confidentiality and anonymity of sources should be explored.

The Unit was established in 2014 in line with the Public Administration Management Act (PAMA) of 2014 to set norms and standards aimed at addressing issues related to ethical conduct and corruption in the public service.

With regard to the Personal Protective Equipment (PPE) corruption scandal, the Deputy Minister said government has since established a Fusion Centre, which brings all law enforcement agencies together to investigate, charge and prosecute wrong doers towards successful convictions and harsher sentences.

She said consequence management of the outcome of internal disciplinary hearings remains challenge.

“There is much more the South Africa government is doing to curb corruption – the public sector will soon embark on life style audits for officials to match salaries with possessions and style of living.

“Through proclamations signed by President Cyril Ramaphosa, the amount of money recovered by the Special Investigation Unit runs into millions of rands,” the Deputy Minister said.

The Protected Disclosure Amendment Act No 5 of 2017 was promulgated by South Africa to strengthen protection mechanisms for whistle blowing.

The Act also legitimizes whistle-blowing by having a provision that criminalise false reporting.

Update on Public Servants Wage and Other Conditions of Service Negotiations

Nthambeleni Gabara - Modified date: November 19, 2019
0
The government will use Chris Baragwanath Hospital as a shining example to prove that the healthcare sector in the country is providing best and...
title