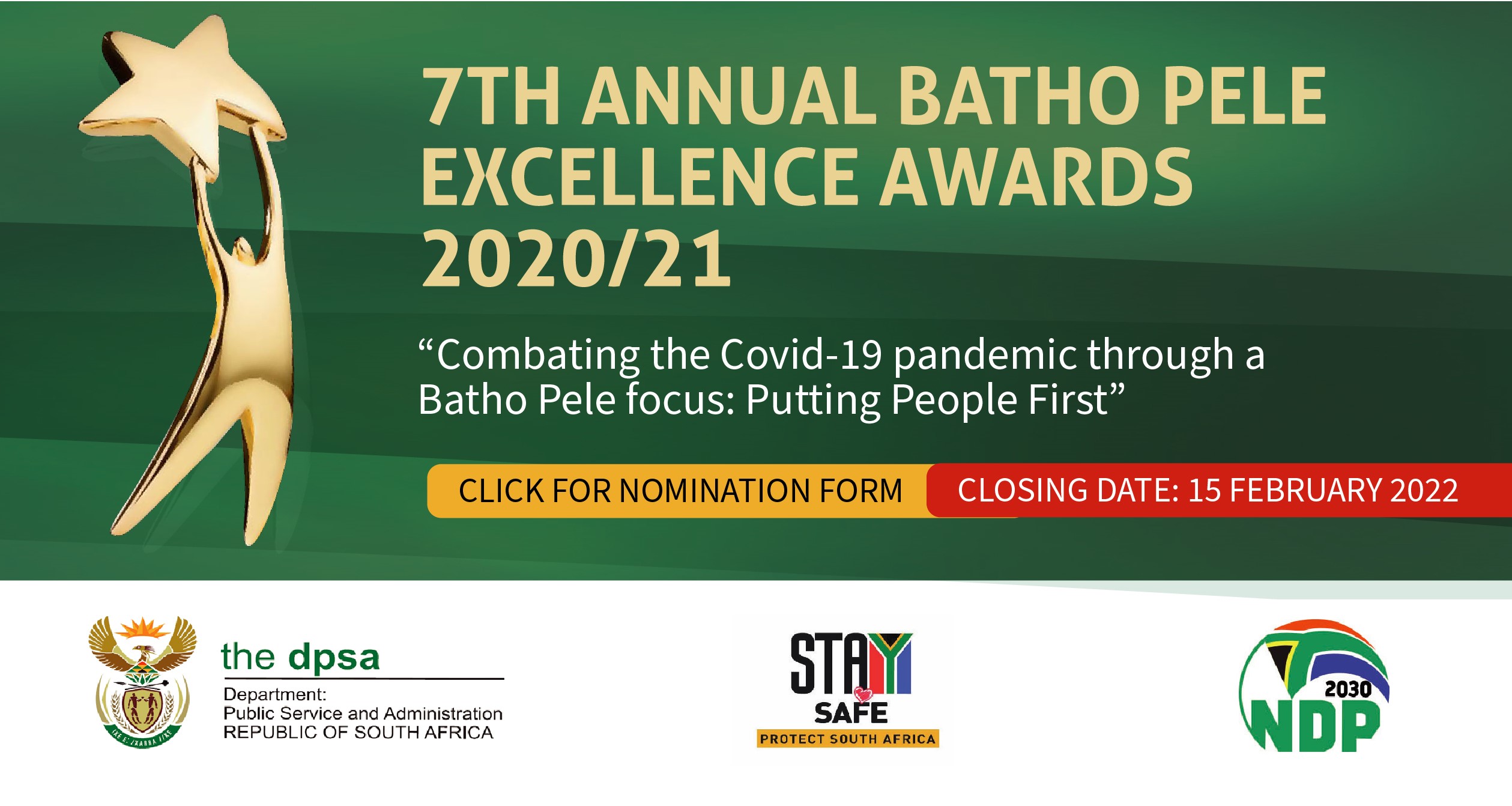 The process which kick- started on 14 January 2022 and will close on 15 February 2022, officially marks the start of the prestigious awards programme, to allow for the public servants, Government Departments at national and provincial level, organisations, as well as members of the public to nominate deserving public officials and departments in the various categories listed for this round of public service awards.

Public Service and Administration Director-General, Ms Yoliswa Makhasi recently revealed that the 7th NBPEA 2020/21 will be held on March 25, 2022, in a venue yet to be announced.

“Public nominations may be received from the general public, to accommodate employees in those departments and provinces that do not have service excellence award programmes. Participants are not allowed to nominate themselves.

“Where a department or province has no service excellence awards, they may nominate a maximum of three public servants per relevant category from their best performing employees. “All signed entries should be submitted using electronic modes of submission,” she said.

The NBPEA represent a concerted effort by the Ministry for the Public Service and Administration (MPSA) to intensify the creation of a strong and capable state. The Director-General said the objective of the awards is to motivate the 1.2 million public servants, who daily dedicate themselves to selflessly serve the people of South Africa.

“The purpose of the NBPEA is to entrench the transformation and professionalisation of the public service by rewarding excellent service delivery and recognising the contribution by public servants.

“The awards are a serious and committed move by the MPSA towards transforming and professionalising the public service, improving service delivery as well as putting into operation the ideas towards building a capable state, as enunciated in the National Development Plan (NDP),” she said.

The idea of rewarding public servants for their excellence according to Ms Makhasi, was derived from government’s and the MPSA’s resolve that public servants who work hard in making the lives of citizens better should be honoured.

These are six categories opened for public nomination:

The gold (first prize) winners in the six categories will automatically be entered into the category “Charlotte Maxeke Award (Outstanding Batho Pele Public Servant of the Year)”, but only one winner will be awarded in this category. Under the Life-Time Achiever in the public service area, the category is divided between the Dr Zola Skweyiya Life Time Achiever and the Rahima Moosa Life Time Achiever Awards.

The process of adjudication will be conducted in three main stages, starting with the sorting and quality checking stage, followed by the assessment stage and then the National Steering Committee (NSC) stage.

Each category will have three prizes, a bronze for third price, a silver for second price and a gold for first prize. The current cash prizes are determined as follows:

Ms Makhasi said all nominations should be accompanied by motivations, adding that the pre-selection of entries will be completed within two weeks of the closing date, which is February 15, 2022.

SA schools to close due to COVID-19 rising infections

Nthambeleni Gabara - Modified date: June 28, 2021
0
All schools in South Africa are expected to be closed by Friday, July 2 due to the rising numbers of COVID-19 infections

SA to receive more vaccine doses through the AU

Nthambeleni Gabara - Modified date: February 2, 2021
0
South Africa is set to receive an allocation of Covid-19 vaccine doses through the African Union (AU), which has been negotiating with manufacturers to...
title