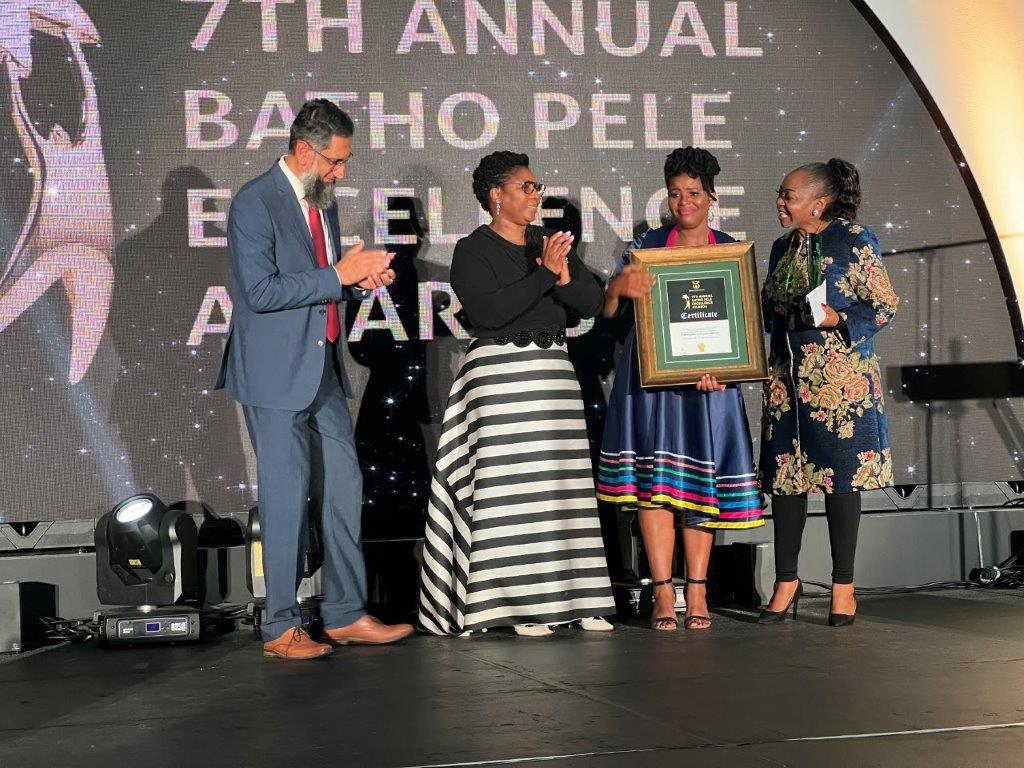 Public Service and Administration Minister, Ms Ayanda Dlodlo conferred eight Special Ministerial awards saying, the NBPEA ‘recognise the sterling and outstanding contribution of our public servants in the service of our people.

“The National Batho Pele Excellence Awards are an integral part of the ongoing strategy to build a capable state and professional public service cadre on which the realisation of Vision 2030 of the [National Development Plan] NDP depends.

“As we celebrate those public servants who have demonstrated their commitment to the people of South Africa, it would be remiss not to recognise the hard work of the various teams that have gotten us to this eagerly awaited evening, even though it was delayed by the COVID-19 disruptions.

“I therefore, would like to take this opportunity to congratulate tonight’s finalists as well as acknowledge the hard work of the many people who have made the evening worthy of the Batho Pele Excellence Awards,” she said.

Being a public servant according to Minister Dlodlo is the noblest of callings. “It demands dedication, selflessness, professionalism and the utmost faithfulness to the principles of Batho Pele; that of putting the people first.

“Public servants have a responsibility to ensure that in the execution of their duties and responsibilities, they adhere to ethical conduct, as well as honoring the provisions of the Constitution and other laws of the Republic; it is an honour and privilege to serve,” she said.

The Minister said public servants are required to put the public interest first in the execution of their official duties and to respond ethically to the needs of its citizens.

If it is an illegal instruction or decision, she said public servants has the right to say no and to report such activity to the relevant authorities.

“Public servants must report to the relevant authorities, fraud, corruption, nepotism and any other act which constitutes a contravention of any law.

“The public servants being honoured tonight demonstrate how public servants can reclaim the trust that some of our people seem to have lost in the institutions of government.

“We trust that the cream of the crop that will be honored tonight will continue to encourage the rest of the public service to take this challenge in its stride,” she said.

The top achievers at the 7th National Batho Pele Excellence Awards are:

Mr Khangelani Sibiya is a teacher from KwaZulu Natal. In 2008 Mr Sibiya founded the non-governmental organisation KWV Tutoring, which provides extra classes in Mathematics and Science for learners. He uses social trends such as the latest dance moves, songs and sports to illustrate mathematics and science. His quarterly camps assist learners countrywide to improve the uptake and results of these subjects. Mr Sibiya was recently awarded the Best Global Teacher Award in Dubai for having reached over 25 000 learners countrywide, in addition to the innovative teaching approaches.

Nthambeleni Gabara - Modified date: September 20, 2022
0
The introduction of the Guide on Managing Discipline in the public service is a clear demonstration by the department of Public Service and Administration...